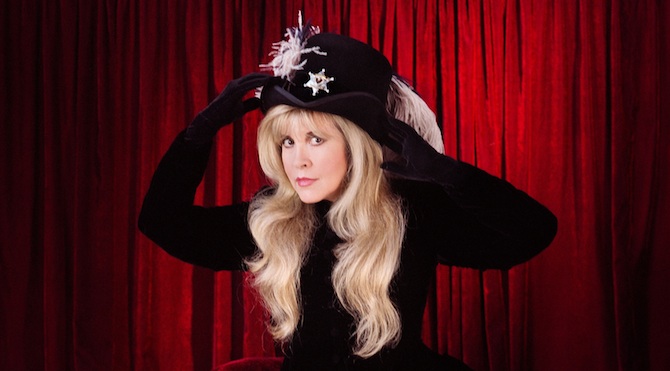 Whether you love Stevie Nicks from her Fleetwood Mac days, have joined the craze after her appearance on hit show Glee, or have a friend or parent who would appreciate the tickets make sure you enter our giveaway to score a double pass to her show at the Newcastle Entertainment Centre this November.

Stevie Nicks fronted the legendary Fleetwood Mac, moved on to a solo career and is touring to promote her new album In Your Dreams. The album was co-produced with Dave Stewart (Eurythmics), who will be joining Stevie, and special guest Brian McFadden, on stage for this tour. In a review of the album, Nicks has been described as ‘the gypsy queen in royal form’ by Rolling Stone.

After appearing on Glee with the classic ‘Landslide’, Nicks has created a new generation of fans and revived Fleetwood Mac, sending their 1977 album Rumours to number two on the Australian charts.

To enter, click below. You have several chances to gain entries - the more entries, the better chance you have at heading along to the Newcastle show, presented by McManus Entertainment.

The competition will close on 31 July.

Helen Henry grew up in Newcastle, and in 2010 graduated with a Bachelor of Communication from the local University. This was pleasing because it made her officially qualified to communicate about the things she likes most: music and the music industry, photography, digital, cute animals and her friends & family. Most recently, Helen worked as a Digital Projects Assistant at Sticky Advertising and was Editor of Urban Insider. She has recently landed a pretty sweet gig working in the music industry in Sydney.

Sisters of the moon is my favorite Stevie nicks song

Gypsy, fo’ shiz - but does it count because she handed it over to Fleetwood Mac?
Otherwise it’s Edge of Seventeen, because of Joan Cusack’s rendition in School of Rock.

Dreams Unwind,loves a state of mind.

Long time fan.
Never been to a concert, can you believe that??
Wherever she is, whatever she is doing I hope she is having a ball !!!

Beauty and the Beast 🙂

Edge of Seventeen - Stevie Nicks is a favorite. But I’ll be honest, I love Landslide, Gypsy, Rhiannon and all the rest! She’s pretty damn amazing!

“…lightning strikes, maybe once, maybe twice…” Gypsy, for sure.

My all time favourite Stevie song is Edge Of Seventeen because it was the first solo song of hers I heard and instantly fell in love with.

I love alot of songs off her Trouble In Shangri-La album (Fall From Grace, Too Far From Texas, That Made Me Stronger) they are just songs really mellow and catchy. And of course her early solo albums (Bella Donna, The Wild Heart, Rock A Little) Those three albums have so many amazing songs on them like Nightbird off The Wild Heart, Kind Of Woman off Bella Donna and Has Anyone Ever Written Anything For You from Rock A Little. Then there’s Blue Denim from Street Angel and Rooms On Fire from Other Side Of The Mirror.

I especially love her new album, Annabel Lee is definetly one of my new all time favourite Stevie Nicks songs along with For What It’s Worth. And how could I forget every song she has written for Fleetwood Mac.

The thing about Stevie is she writes songs you can relate to and thats why her music speaks to me and inspires me with my own songwriting and I could never thank her enough for that. (Sorry about the essay, I just had to get that all out)

One favourite Stevie Nicks song? How can I decide??!
Bella Donna, Outside the Rain, Twisted, Edge of Seventeen, Stop Draggin My Heart Around…but would probably choose an old favourite, ‘Stand Back’

Second Hand News (I can’t even write this title without smiling!)

I love “Stop Draggin’ My Heart Around” by Stevie Nicks

My favorite Stevie Nicks song is ‘Sara’! the full 6 and a half minute version, not the short radio edit.
If your talking her solo records it would have to be ‘Stand Back’, great song.

Landslide! Who doesn’t get a tear on when they hear that!

Edge of seventeen! Mum recently got me into Stevie, and being 17 of course this is my favourite!

OMG!! love Stevie - got to see her when Fleetwood came out - would love to take my MUM!

My Favourite all time Stevie Nicks song is Stand Back. I loved it even more when i watched the Live at Red Rocks dvd. What an awesome DVD that is and it’s a dvd that every Stevie Nicks Fan should own.
Can’t wait to see her. Just have to win tickets now.

Like a strand in the wind in the web that is my own, I begin again.

Rhiannon as it takes me back to a time where freedom ,peace and love were the flavour of the day!

Stevie is so beautiful..
“Well maybe I’m just thinking that the Rooms are all on Fire everytime that you walk in the room, well there was magic all around you if I do say so myself..”
Easily Rooms on Fire, but I have rocked along to Edge of Seventeen a fair few times in front of the mirror too!

My favourite Stevie Nicks song is Edge of Seventeen.

She has gone, now is back. Wild heart is the best song, how Id love to see her sing this again.

My favourite song is Silver Springs. That woman’s voice makes me melt!

Thorn in My Side

I love all of them, can’t pick just one.. She has been my Idol for years..

stop dragging my heart around. is one of many. would love to take my mother, we’ve never been to a concert ever.

she is an American music legend ….

I love all her and fleetwood.mac songs but prob white wiing dove or.dreams
I saw stevie in the 80’s at syd and.she was great would love to see her again… pls pik me! X

I don’t really have a fave Stevie Nicks song but my mum loves her music.. and because my mums looked after me for 24 years (im in a wheelchair) i’d love to treat her to go to this show

how can you choose one song?? Bella Donna, Gypsy, Beautiful Child, Rhiannon, Sara, have loved Stevie since I was 13, and am turning 47 this year !!

Absolutely LOVE “Don’t Stop”
Whatever mood I’m in before I hear it, I’m guaranteed to be smiling by the end

Stevie Nicks lover forever
Leather and Lace
To see her in the city
Can’t stay away
I need to see her
To hear her play!

“Dreams” is my favourite. I’d love to win tickets & see her show.

I love Landslide by Stevie Nicks 🙂 <3

Gypsy ,Dreams Go Your own Way, Rhiannon so many great songs to love just one

There are sooo many Stevie Nicks songs to choose from…..but I’ll pick Landslide as my fave.

Landslide for sure - amazing lyrics and warming to the soul 🙂

hello it would be gold dust woman. cheers

What is Urban Insider?

What is Urban Insider?

Urban Insider is the insider's guide to Newcastle & the Hunter. It's for locals and visitors wanting to know where to get the best of what the region has to offer.

Urban Insider is designed for you, so explore the different sections and let us know what you think. If you'd like to contribute news, reviews, opinion or photos in any of these areas or have any other ideas for the site click here.

Don't forget to show us how you see the city by posting your best photos to our Twitter tag #urbaninsiderpic. 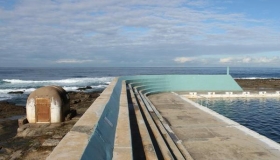